As I have mentioned, this winter I went to Gyeongju for the second time.  I had planned to take one whole day to hike around Namsan, a mountain south of Gyeongju.  Namsan is a great place, but I will write about it exclusively in another post. As I arrived at the beginning of the path I found myself hungry; I decided to try a nearby Kalguksu (칼국수) restaurant. 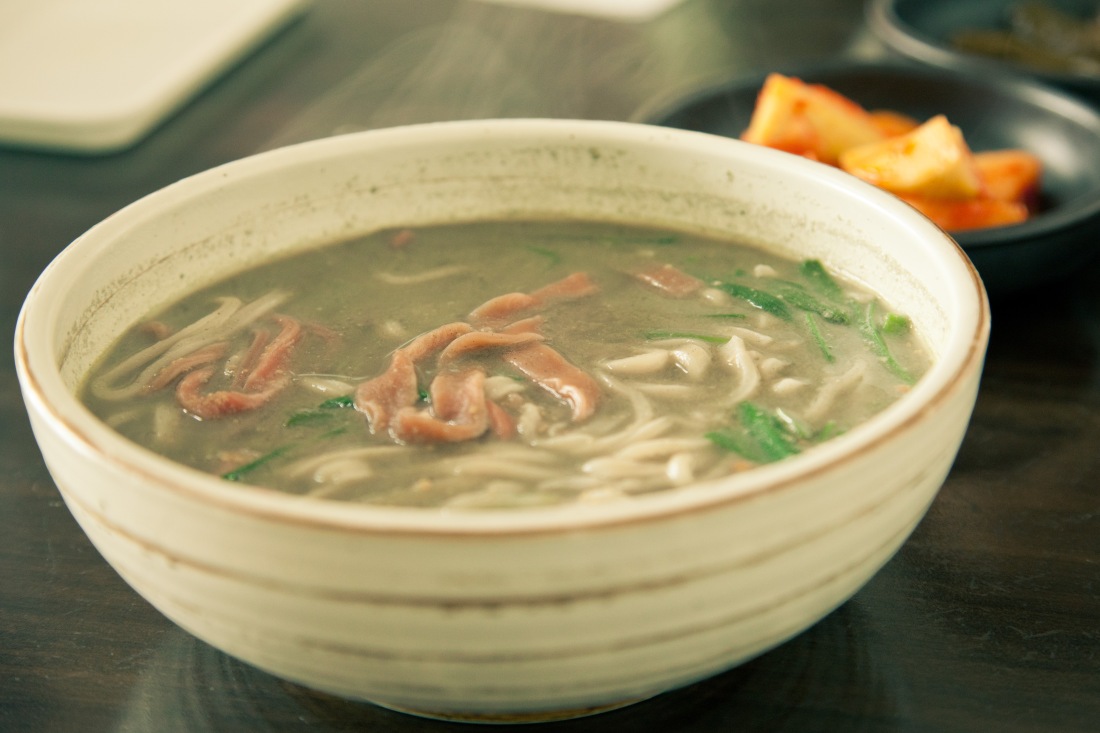 Kalguksu (칼국수) is a special type of noodle; it is a freshly made soft noodle.  The name literally means “knife noodles”.  This type of Kalguksu was different than any I had tried before; the broth was nutty and thick rather than thin.  This is because it was a very special broth made from many different grains.  The server said that it was very healthy, and that it would be good for hiking.  Another interesting thing was that some of the noodles were made from cactus.  Cactus is not common in Korean noodles, but it was a tasty dish that gave plenty of energy for hiking!

I am a university English instructor in South Korea. View all posts by travelthayer

One thought on “Kalguksu (칼국수)”