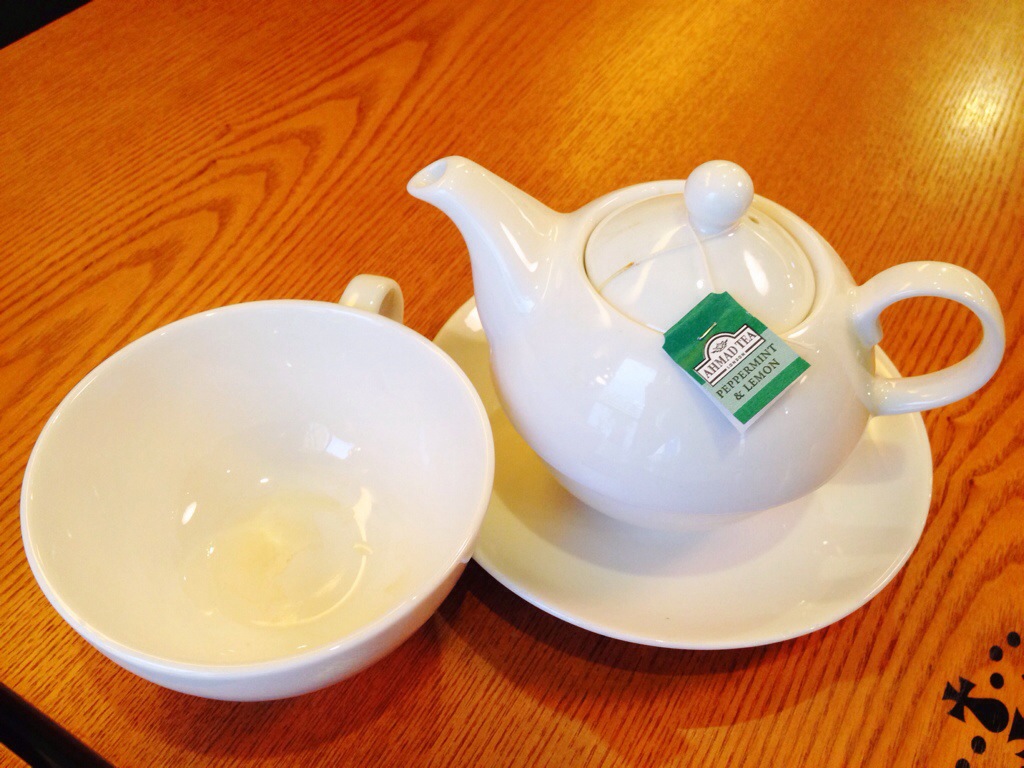 Often when I am drinking tea at a cafe, I can tell that the tea leaves or tea bag can take one more dose of hot water. To ask for this in Korean you can say, “뜨거운 물 더 주세요.” This translates as “hot water more give me.”

Korean days of the week are pretty easy to learn since they follow a similar pattern to English days of the week. First we need to learn the word for “day”, this is “요일” (yo-il) in Korean.  Next we need to ad the prefix to determine which day we are saying.  This works just like “mon” in Monday or “tues” in “Tuesday”.  Here are the prefixes:

As you may have noticed, the prefixes are the natural elements.  Starting with the moon (Monday) and ending with the sun (Sunday), these are the days of the week:

Koreans often eat meals in groups from a community dish, and orders are made as such.  Once you have decided on what you want from the menu, you say “여기요” which translates to “here”.  This is said to get the waiter/waitress’ attention.

When they arrive at your table, you can order with a special phrase.  “인분” is the Korean word for “servings”.  The person ordering will use this simple formula for ordering a group meal:

Ok, so let’s make a sentence. I really enjoy a dish called “샤부샤부” (Shabu-shabu).  This is similar to Mongolian hot-pot.  You are given a pot of hot broth with a fire at your table to keep it hot, you are also given fresh ingredients to put in on your own.  To determine how much of these ingredients you get, you need to order according to how many people you want to feed (or how many servings).  Here is a simple sentence for ordering Shabu-shabu:

Take a moment to figure out how many people I want to feed (or how hungry I am.)

That’s right, I ordered enough Shabu-shabu for my three closest friends and myself. But wait! I am thirsty for more than just water (which is usually served before you even order).  One of my friends and I want beer, the other two want soda.

The lesson gets a bit more complicated now.  Remember last lesson when I sad that native Korean numbers are used to order things like bottles, cups, and pizzas? Well now we are ordering one bottle of beer (맥주 – mek-ju), and one bottle of soda (콜라 – kola) as well as four servings of Shabu-shabu.

If you recall from the first part of the “Ordering Food in Korea” lesson, the word in native Korean for “one” is “하나”.  When using it with a measure word like “병” (bottle) we just use the shortened form “한”. This shortening also changes “둘” to “두”, and “셋” to “세” (two and thee respectively).

Only one more word to learn, and we can make a full order at our imaginary Shabu-shabu restaurant! The next word we are going to learn is “and”, a very common and useful word.  “하고” (hago) is one of the korean words for “and”, and it will work nicely for our situation. Let’s try to fit together an order.

First, we will order the shabu-shabu:

Second, we will use our newly learned word “하고” (and):

Third, we add the next item we are ordering:

Fourth, we add how many bottles of beer we want:

Fifth, we will order the soda using “and” again:

Sixth, and finally, we use “주세요” to complete the order:

There it is, a complete order for Shabu-shabu, a bottle of beer, and a bottle of soda. If there are any words that I did not translate phonetically, you can use the Korean alphabet chart below.

There are two ways to order food when you are in Korea.  Actually there are three, but pointing at a menu and saying “I want this” is not something anyone needs any help with.

There are two number systems in Korea; the Sino-Korean numbers (adopted from China), and the native Korean numbers.  Each of these systems are used for a variety of different occasions (telling time, months, counting objects, phone numbers, Etc.)

The first way to order food is by using the native Korean number system and a measure word.  In English a measure word would be “cup” in the sentence, “I want a cup of coffee” (커피 한잔 주세요.)

Here are a few Korean numbers:

Now that we have covered a few numbers we can move on to some measure words:

Now we only need to know one more thing (other than the name of the food) before we can make a simple order.  Let’s look at the previous sentence about coffee. 커피 한잔 주세요. Lets disassemble this sentence:

주세요 is a very common part of a sentence in Korean, and it is found at the end of the sentence.  Literally it means “give me”, but it is an a polite form, so it does not sound as rough in Korean. Since it is in the polite form, it can be read as “Please give me”.

So our sentence “커피 한잔 주세요.” literally translates to, “Coffee one cup give me please.” Much of Korean will sound strange translated directly into English because they use a different word order.

Here are some food items that can be used with the above measure words: